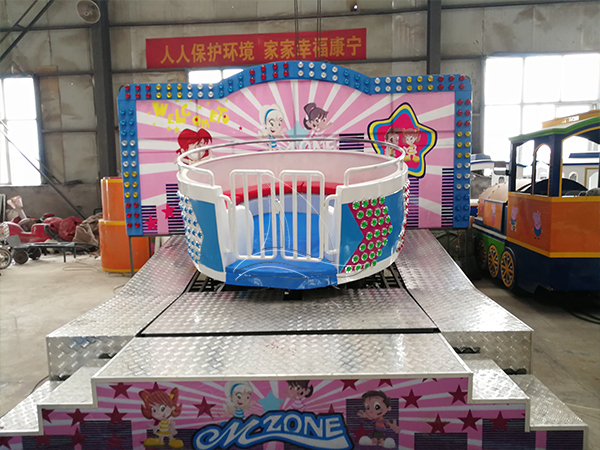 The tagada disco is a kind of playground equipment which is popular in the world in recent years. In the operation of the equipment, it will suddenly rise and fall, which is bumpy, with countless changes, sometime rapidly and sometimes slowly, accompany with strong, shocking disco music, all of these make passengers feel like a beat note.

The tagada disco turntable is a kind of large carnival ride, whose appearance just looks like a large disc. It can roll, turn and more than 10 functions. Tourists sit in a circle on the seats of the big disc and their body begin to move accompanied by rhythmic music.

People is not fixed at one place when they sit on the disco turntable. The disk in the operation is like the bumpy waves of the sea, or space flying saucer, which is changing infinite sometimes fast and sometimes slow.
Product video:

This site is protected by wp-copyrightpro.com