What should we pay attention to when choosing unpowered amusement equipment?

Unpowered amusement equipment is one of the important components of playground construction, because it relies on sophisticated facility structure to exert the amusement effect. The operation of the overall amusement equipment is not affected by the power supply time. So when areas such as playgrounds want to seek more development opportunities, what matters should be paid attention to? 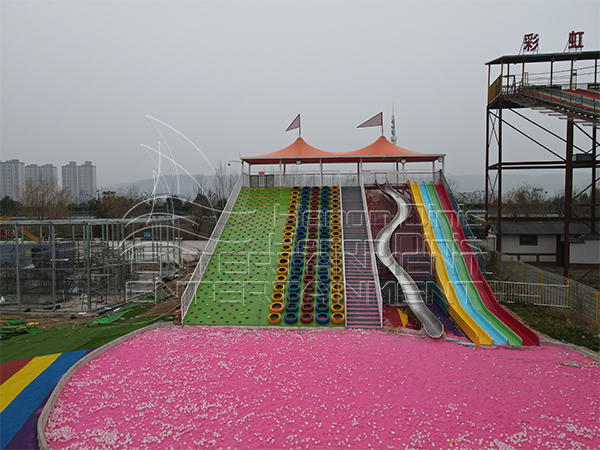 With the change of the time point when the amusement park is closed, the unpowered amusement equipment has different equipment maintenance measures and methods, which can have a clearer understanding of the operation mode of equipment in different seasons, and also can reduce the cost of corresponding maintenance and repair according to changes in the environment. With the goal of obtaining more architectural space for the construction of the playground, we should conduct a detailed inspection of each unpowered activity item.

The life cycle of such unpowered amusement equipment will be longer than that of other facilities. The specific reason is that the assembly operation will reduce the friction between the parts and reduce the damage to the facility. At the same time, it is also actively using emerging scientific research and technological achievements to help extend the usable period of the equipment itself. It can not only effectively improve the subsequent amusement and development space of the equipment, but also provide more specific development plans for the amusement park.

Share:
Prev： Introduction of Scenic Small Track Train
Next： What is the charm of magic jungle net that everyone loves?

This site is protected by wp-copyrightpro.com